How Being Fatherless All But Assures You'll Live in Poverty & Pain 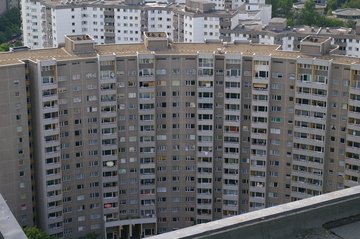 When I first thought about this title, I really didn’t have to do to much research on it because it was how I grew up.

It was the mid to late 70s before I even realized we were poor. All of my friends had their dads in the house with them and this made me a little embarrassed, but since all my siblings (5) were fatherless it really wasn’t a big deal to me.

What being poor meant was we had to go to the store with food stamps and buy the least amount of food possible because money was short.

Have you ever had to go to the store with two dollars in food stamps to buy 75 cents worth of bologna and 75 cents worth of cheese and a loaf of bread (49 cents at the time)? This is what living in poverty does, and shame of not wanting your friends to see how poor you are gets old.

Most of us back then were put in this situation because our moms chose to take the money from the government in exchange for the removal of our dads from the house. It is so sad to think that  over 60 years later mothers are doing the same thing.

No one wants to grow up in poverty, especially not on purpose!

Poverty in the Neighborhoods

When I was a mailman I could remember the difference between the houses and whole neighborhoods where the father was absent or present. There was a big difference.

Neighborhoods with fathers had better kept yards on average, no cars were parked on the lawns, and the overall upkeep of the area was much better.

It has also been studied that poor people have a harder time with concentration and this can also affect their cognitive abilities. Look at the quotes below to see what I really mean.

"It's as if being poor is like pulling an all-nighter, every night," Mullainathan told LiveScience. [10 Ways to Keep Your Mind Sharp ]

Mullainathan compared doing mental tasks while being poor with surfing the Web while a movie is downloading in the background. "It's going to be much slower," he said

Just this alone should tell us that not having a father in the lives of our children is setting them up to fail. Why do it and do it on purpose?

Who is Impacted the Most 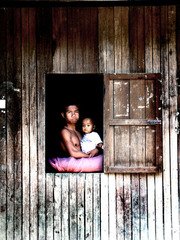 It’s not hard to know that our children are impacted the most when they grow up in unstable poor conditions. If we want a better society we need to start here. Fathers need to be back with their children so they can help with the finances and the molding of his children. This should not continue to be overlooked.

What Does Research Says About This

Did you know that there is a 40% chance that if you did not grow up with your father in the house that you will live poor. But this number is almost doubled in certain area of the United States.

Why are we continuing to allow our children to grow up like this? It’s not their fault but some of them will go through an entire life time thinking it was.

Being poor is not the only thing that occurs when you grow up fatherless. Look at the numbers below and see the other dangers our children a experiencing;

Add these 6 concerns with poverty then we have devastation as a country. We all need to let it be know that this is no longer acceptable and this has to stop immediately. Our children’s well being depends on it!

Please leave a comment of what you think needs to be done to stop this and please share.